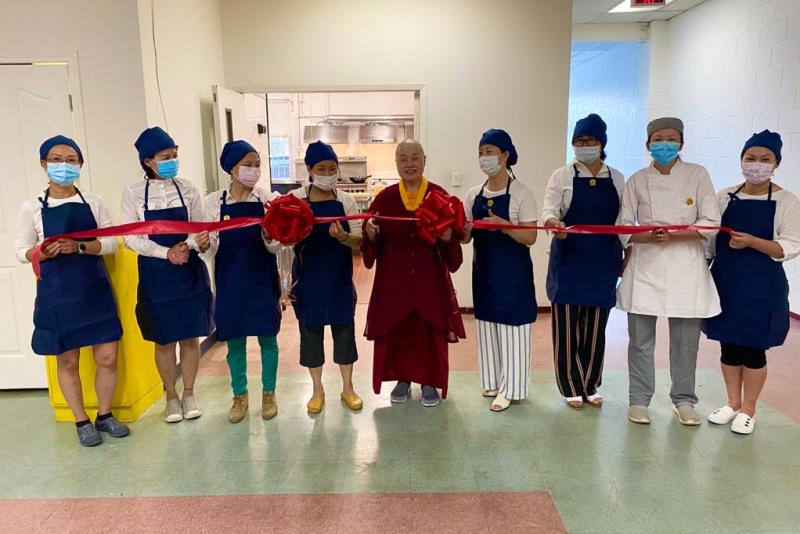 On July 30, 2020, the charity emergency kitchen of the Lotus Light Charity Society Vancouver, which was prepared for more than two months, was officially launched; The charity kitchen will provide free meals and drinks to the homeless in the community. Master Lian Tzi, the president of Lotus Light Charity Society hosted the special ribbon cutting ceremony for the charity emergency kitchen.

For many years, Lotus Light hot meal for the homeless program has been supported by local restaurants to provide nutrient meals in Oppenheimer Park monthly to the homeless and low-income seniors in DTES Vancouver community. Since early this year, due to the impact of the pandemic, many restaurants have closed up or suspended their services; charity’s meal program has encountered shortages of food sources. As a result, the charity decides to turn an old kitchen into sandwiches and soup kitchen to serve the DTES vulnerable community. The charity meal program has received supports of many community partners, non-profit organizations and volunteers. The Second Harvest / FoodRescue.ca has awarded an emergency fund for the charity to upgrade the kitchen. And the Community Response Fund, co-sponsored by Vancouver foundation, Vancity, United Way Lower Mainland and City of Vancouver, has also provided urgent fund to support charity’s meal program to help the vulnerable population in the community. After more than two months of preparations, the first meal was officially distributed on July 31 to the needy in DTES community. According to the coordinator in charge of the community park kitchen who’s assisting in the food distribution, there are about 300 homeless in the park who need food support every day, and the food sources are very scarce. A bottle of water and a bread will made them happy. It will be their happiest day when there are warm coffee and sandwich distribution sponsored by generous donors. She is much appreciated to charity’s food to provide meals for the needy. 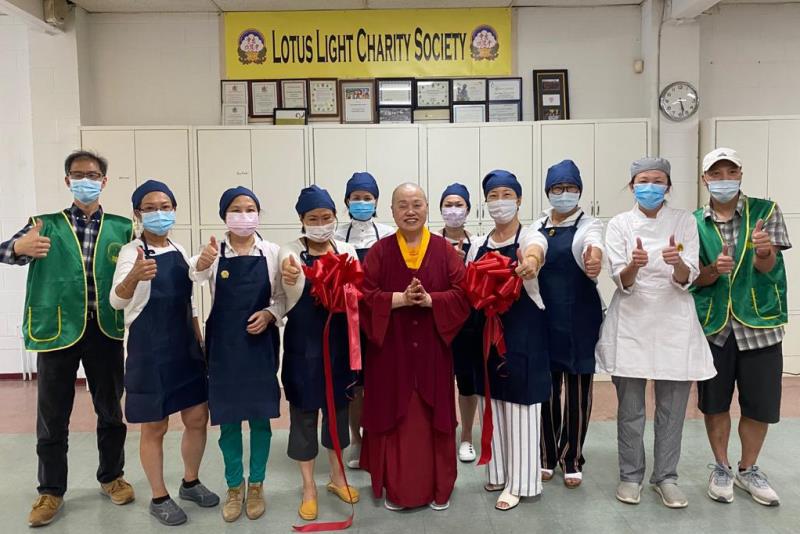 To better prepare for the new emergency kitchen program, charity has sent many volunteers to take the food safe training course and get the food safe certificate. Charity also have many generous volunteers joining different shifts of the meal program, including restaurant chefs and aids, and volunteer with food safe certificates. The meal program has also received food material supports from produce companies and individuals. This spring, the charity also opened an organic garden on the farm to grow organic vegetables for the meal project. Volunteers have been gathered on the farm for two day to pick fresh grown blueberries for the opening of the meal program, and delivered the fresh fruits and vegetables to the homeless in local community. 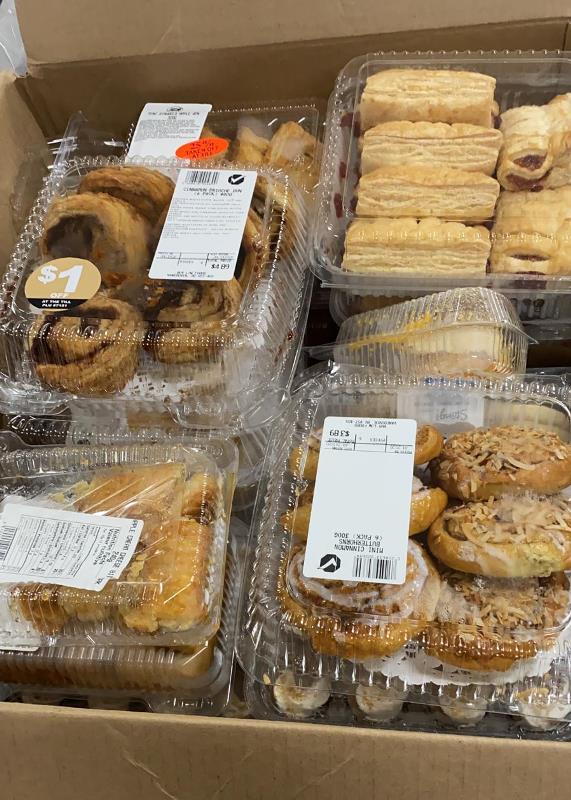 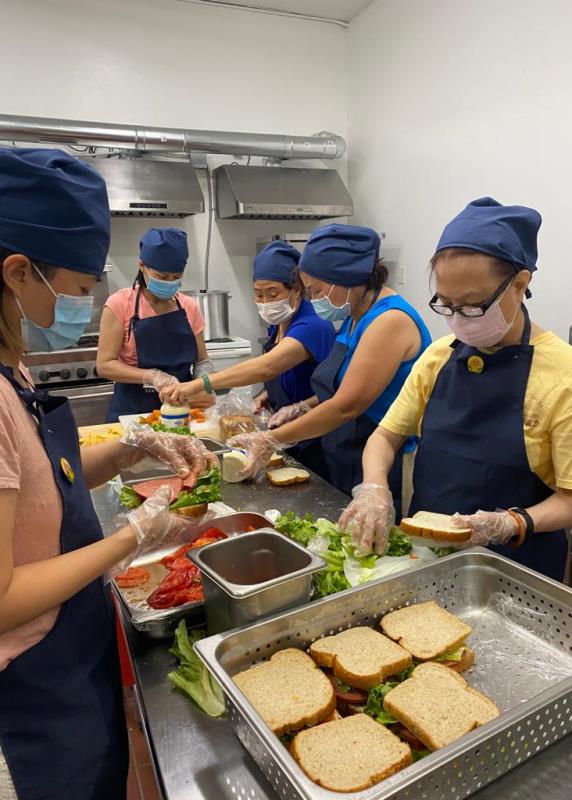 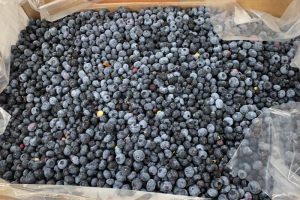 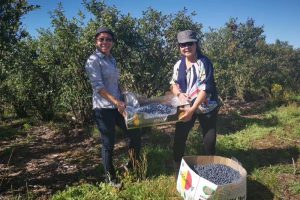 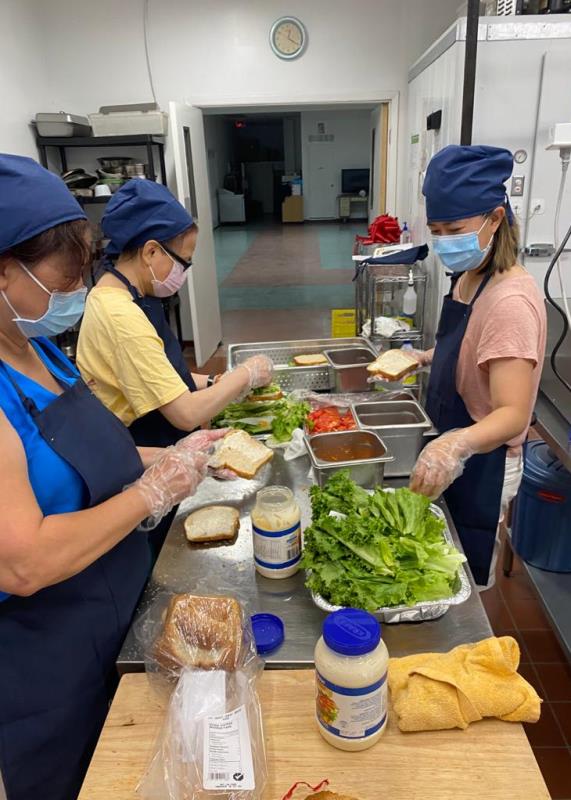 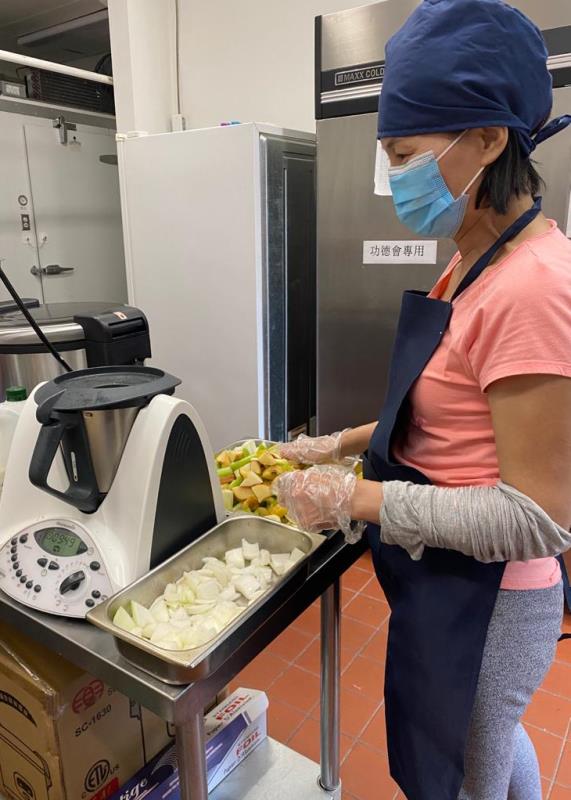 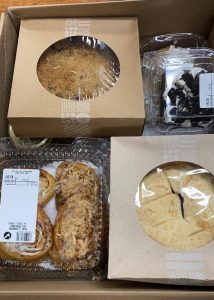 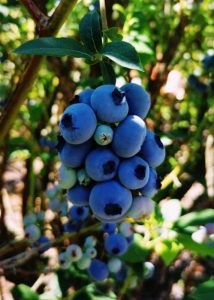 Appreciation To Multiple Donating Organisations For People In Need

The Birth of A Ten Thousand Cloth Masks for the Needy