On August 5th 2020, our volunteer Ken, a head chef at a Chinese restaurant, wanted to give the homeless population around the area a taste of homey traditional Chinese dishes. He prepared the

veggies and marinated the meat at the Lotus Light Kitchen the night before, ensuring everything would be ready the next day of.

Alongside Ken were a group of housewives who also volunteered their time at the Kitchen. Together, they cooked up quite the storm of comfort food including:  Tomato & Eggs, Fresh Veggies with Beef, and rice that were cooked to the perfect fluffiness.  These meals were delivered to the people in less than an hour of it being cooked! It was truly impressive the speed at which the volunteers were able to deliver these flavourful meals.

Not only were the volunteers efficient in ensuring these meals were delivered hot, the speed at which the hundreds of lunch boxes were gone was astonishing as well! Bronwyn, the coordinator for feeding the homeless, texted to let us know that the meals that were swerved that day gave the people a taste of exquisite flavour – sweet & sour – especially the tomato egg on rice.  It was so rich and flavourful, they could barely resist the remaining sauce on their plates.  The people truly enjoyed it! 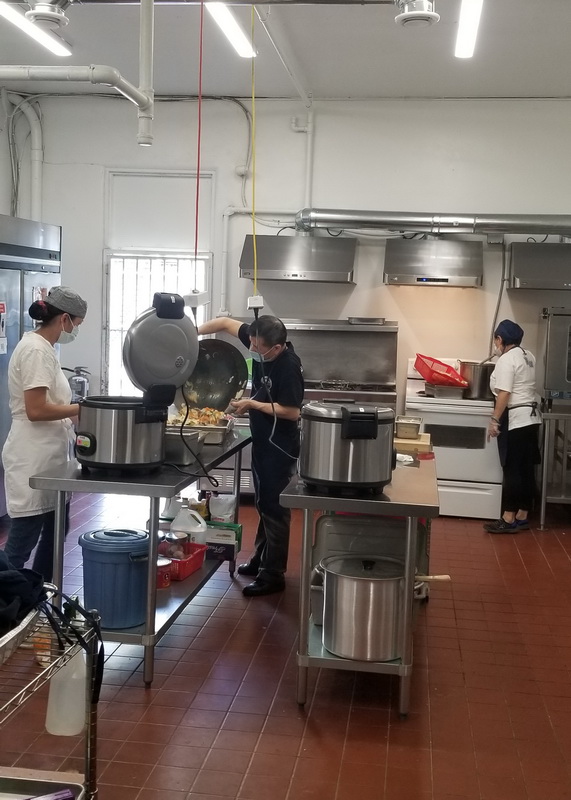 Virtue has its Rewards